The game is an experiment. Playing the game I will learn what playing the game means. Tickets are free. Obviously. This is a research project. I can’t charge you to take part. Before the game starts I have a spiel that I have to deliver to ensure that the audience can give their informed consent to participate. I am still working on the best way to deliver this – the content is set. This is the first thing that audiences experience and it should engage them in the game, but also impress the legal and ethical gravitas of what the game is about. This isn’t just a game or a performance, this is performance research and it is important that participants understand this.

The first trials of the game were played on a board that I had made. A basic grid printed onto A4 and then A3 paper with hand drawn snakes and ladders. This version enabled me to establish that the game could work. And that there was reasonable challenge, though maybe a little more risk was needed. It showed that the board game could create a intimate space for sharing stories. I played a long, unfinished version of the game with Carran Waterfield and saw the potential of the game when played with someone I knew had researched their family history. This also revealed just how long a game might take when there are lots of stories to tell.

Playing with others highlighted that the introduction to the game needed to be clear, that the audience needed to understand what was expected of them and that the storytelling needed to be shared. I needed to lead by example, but give the participant room to bring their stories to the game.

As the game design neared completion, I met with a friend in a café in Sheffield to play the game. This friend, Moe Shoji, as one of the co-producers of Wrought Festival offered valuable feedback on the performance as a micro-audience performance.

Again with someone that I know well the game was a success, but I wondered how well this will translate when played with audience members that I meet for the first time when they attend the show?

We played for more than an hour, discussing Moe’s family history and my own. Although Moe had not done much detailed, academic research into her family history, the game broadened her understanding of what this might mean. About where family history might start. Moe talked about letters that her father had sent to her mother and the insight that this gave her into their relationship. These letters, so personal, become precious documents to those of us seeking to understand our own stories.

I have recently re-read Margaret Forster’s memoir Hidden Lives, as I mentioned in the blog post ‘Privacy Matters’. In Hidden Lives, Forster attempts to write the lives of her mother and grandmother, but finds those gaps and unknowns that plague family historians even when the lives are recent. Forster feels saddened as she acknowledges her failure to account for her grandmother’s first 23 years. She values the importance of knowing what has gone before, stating ‘We are our past, especially our family past, a truism if ever there was one’.

I’m not sure that our character is directly formed by our family past, though I look forward to discussing this idea with players of Lines And Ladders. I do think that learning about our parents’ lives can be enlightening and maybe playing the game might help people to look for those stories. 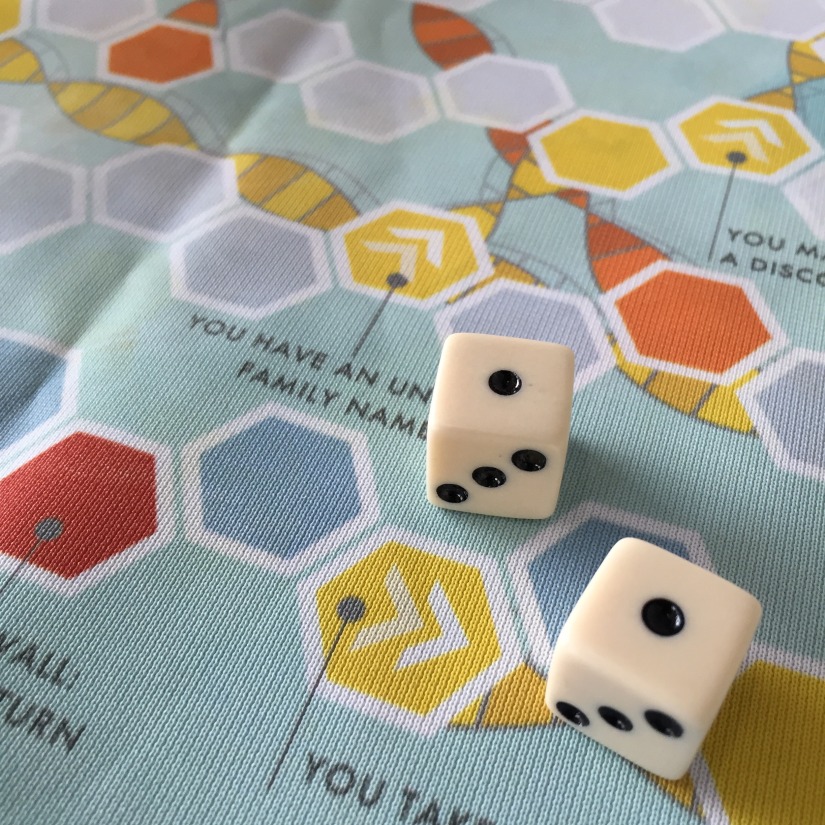 View all posts by heardofcats